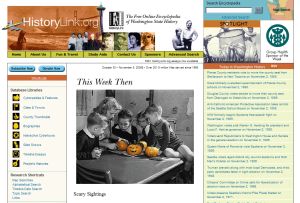 Word-Ware developed the original information architecture for HistoryLink, the first online encyclopedia in US. Working with the writers and editors, we created a database to manage the content and provide a logical means of extracting the content. The resulting concept called for two interface designs: one interface for a web-based publishing system and another interface for audience access to the content. Both provide a great deal of flexibility and search options. 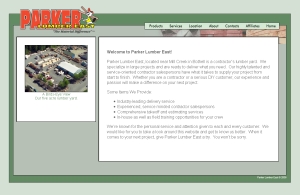 When Parker Lumber was added to the Dunn Lumber family they needed to quickly upgrade the web site.  It needed to retain the independent feel of the unique lumberyard while bringing the web presence up to modern standards.  The site was design, built and deployed with in 2 weeks. 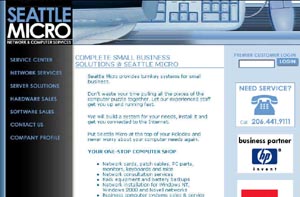 Seattle Micro needed a modern look to showcase their expanded IT support and a new product line. Seattle Micro is one of the oldest computer support, repair and sales outlets in Seattle, and they needed a new look and feel for their company. We created a new logo design used on their employee shirts as well as the web site and we developed a new brochure. 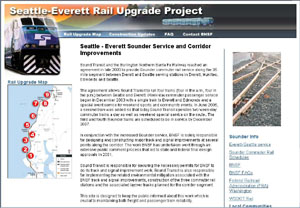 There was a need to develop a web site that would help centralize information from both Sound Transit and BNSF to alert citizens of improvements and potential impact of planned rail. There were several stakeholders in this project, but the final result achieved the aims of the project.

Word-Ware, through consultation and group meetings, established specifications for the creation of a company-wide intranet that would serve as a central information system for 10 retail stores across the state. We created and deployed a system that allows information and files to be shared between the stores while at the same time allowing the administration and management of the system to be handled by their own staff rather than needing to have their system maintained by an outside contractor.

The challenge for this client was to integrate streaming media into the design of the web site rather than rely on a pop-up media player. Due to set size for the videos, the design needed to keep in scale with the video playback and thus it was determined to constrain the design area so that the focus remained on the video content. 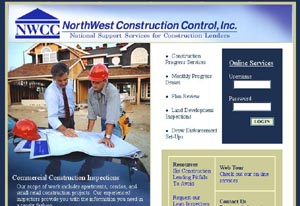 Client wanted to upgrade their marketing site and at the same time add a wealth of features to support their clients and staff.  We created a secure system that allows their clients to order and track the progress of their inspections online and to view reports online including photos and data brought online from a preexisting proprietary application.

About Word-Ware
Testimonials
Working with Word-Ware was a great experience. Steven often went beyond the call of duty to make sure our website worked well and looked good. Mercedes SanchezDevelopment & Communications Director
Tell Steve i am very impressed with the way he does business and will recomend Word-ware to anyone I know who needs a site done. -- JayPilot / OwnerBalloon Depot
Thanks again for all you’ve done here. I was in a meeting this morning with ‘the gang’ and we were all discussing how pleased we all are with you and with Word-Ware. Your efforts have taken a load off… Andrew ScheererIT Department
Steve is erudite in his areas of expertise, prompt, totally reliable, always follows through, and due to his even-tempered and courteous ways, a pleasure to work with. Priscilla Long, Senior Editorwww.historylink.org
I worked with Steve creating a website commemorating the 100th anniversary of the Alaska-Yukon-Pacific Exposition. Steve is professional, personable and highly knowledgeable. I would highly recommend… Joe Follansbee
WordWarePress
Contact